In 1825 Joseph Wilson, a wealthy London merchant and a member of a family of rich silk manufacturers, purchased the country estate of Stowlangtoft from Baronet Sir George Wombwell.  The extent of the area that the estate covered at this time was substantially larger than the present one as it then also comprised land within the adjacent districts of Langham and Wyken.  Later, in 1883, the estate was said to be in excess of some 5000 acres.

The purchase price of ninety thousand pounds was paid for in notes when Joseph met Sir George at the bank to finalise the deal. Joseph Wilson seems to have perceived the transaction at the bank somewhat abrupt and odd judging by the tone of the remark made later to a friend where he is said to have stated: “on handing over the money the baronet, without further word, stuffed the notes into his hinder coat pocket, and so walked away.”

Joseph installed his son Henry Wilson whereupon he took up residence at the Stowlangtoft Old Hall residence, previously known as Stow Hall, situated on the estate, in the role of Squire. The old hall building was destroyed in a fire which occurred in the mid-1850s.   It was replaced in 1859 in a slightly further east location from the original Hall.  This, rather grand and much larger, Palladian style building remains to the present day. 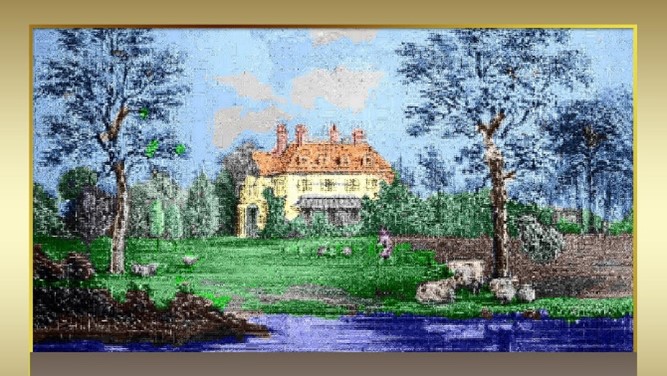 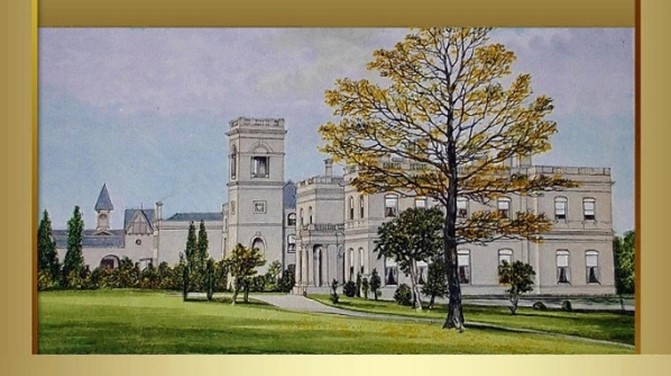 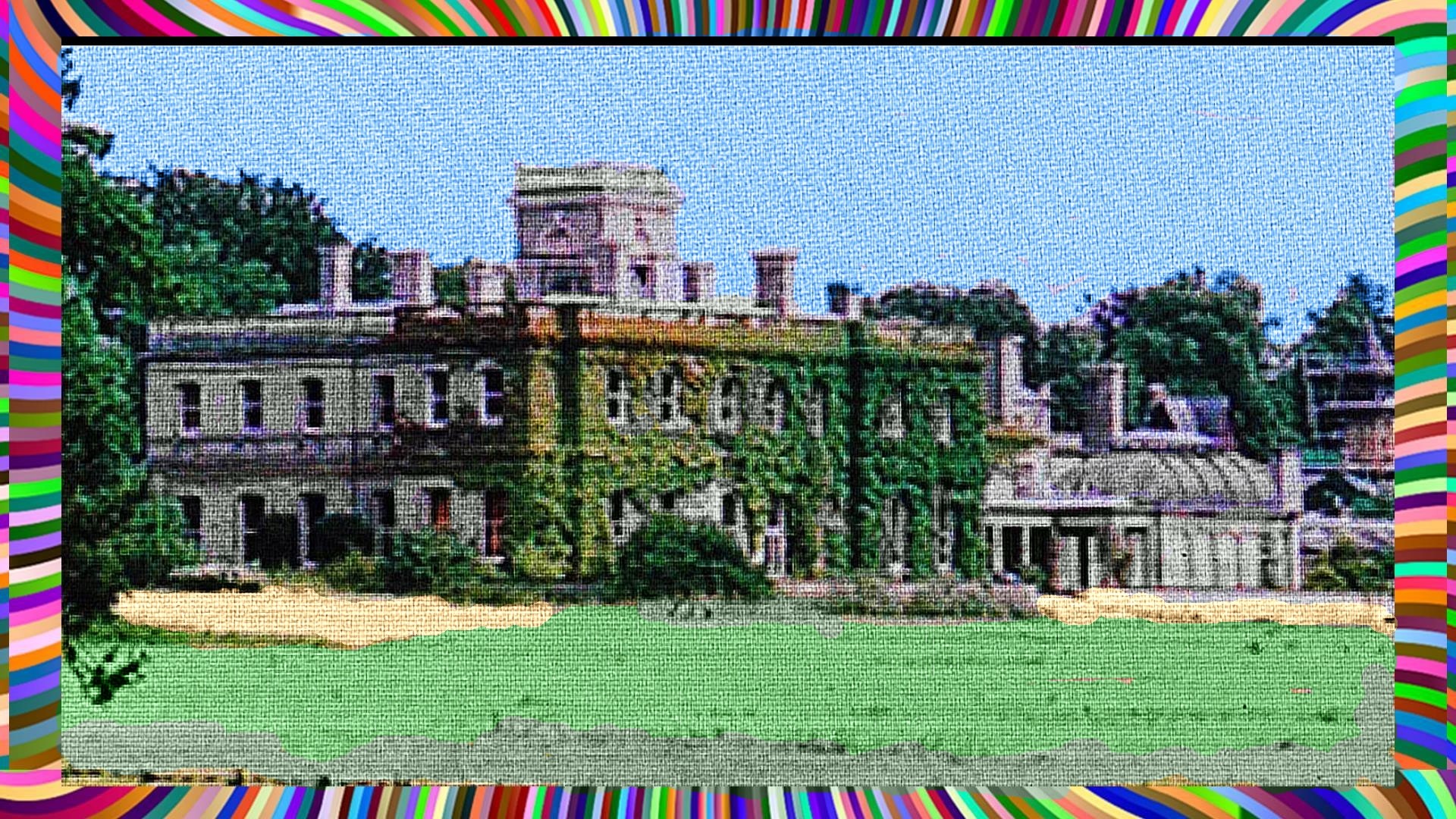 Henry Wilson was said to be of a cheerful and friendly disposition. He was reputed to be boundless in his hospitality to his neighbours, rich and poor, and gained a reputation for becoming closely involved in the affairs of the community and of being ‘hands-on’ in matters appertaining to his estate. Henry may well have felt this organically and it was perhaps that, under this influence, he desired to establish his family on the Stowlangtoft soil during succeeding generations. If this was the case, he was eminently successful in achieving his aim given that his immediate brood of children ultimately added up to a grand total of twelve!

Henry was deemed to be an ardent admirer of enterprise and self-advancement.  Indeed, when the armorial coat of arms for the Wilson family was drawn up it bore the inscription: ‘Wil sone wil.’ (Wil soon will.) This motto, neatly incorporating the play on words of the family name, reflects Henry’s known passion for taking no-nonsense and firm measures to action any issues that arise and deal with them promptly. Perhaps his motto can be considered as a forerunner of the custom, now adopted in the contemporary business world, of firms and organisations projecting their aims and ideals by the use of a ‘mission’ statement?

Henry Wilson married twice: the first marriage was in 1824, to Mary Fuller Maitland and they had eight children. Mary died 1834. The surname “Wilson” was prefixed with “Maitland” for the children of this union.

In 1839 he married Caroline Fitzroy and the four children resulted from this marriage. Their surname “Wilson” was sometimes prefixed with “Fitzroy”.

Church of St George at Stowlangtoft

An example of the Wilson coat of arms, including inscription, is displayed on a memorial plaque on the church vestry wall in the vicinity of the west door.

There are a set of superb carvings dating from the 1480s that flank the altar. They show images from the crucifixion story. However, they are not from this church being of Flemish origin. Henry Wilson allegedly bought them from a nearby, Ixworth, junk shop and gave them to the church.

Henry served as a Justice of the Peace and went on to achieve other prominent positions in the community: He was a Deputy Lieutenant for Suffolk. In 1835 he was voted in as the Liberal Member of Parliament for the West of Suffolk County and later in 1845, he was appointed as High Sheriff of Suffolk.

Joseph Wilson himself retained ownership of the Stowlangtoft estate until his death in 1851 whereupon he bequeathed it, together with an annual sum of £24,000 to son Henry.

After the death of Joseph Wilson, ownership of the London commercial Highbury Grove premises was passed on to Henry. The extensive complex and grounds were subsequently a candidate for much ‘bricks and mortar’ change and, when complete, Henry Wilson named the chief thoroughfare ‘Stowlangtoft Street.’

One morning, a year or two later when visiting the London premises, he was told that a deputation wished to see him. The deputation comprised half a dozen respectable gentlemen bearing a numerously signed document. It was a request that the name of the street might be changed: Apparently nobody could pronounce ‘Stowlangtoft’, nobody could spell it and mail sent to it was often misdirected and mislaid. If people enquired directions to the street they were not understood. In fact, the street might as well have had no name at all!

There was no choice, and Henry Wilson agreed to rename the street and give up its sweet country association.